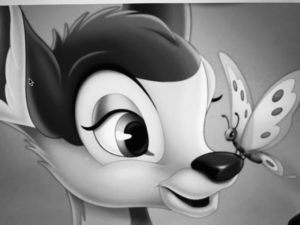 In the last post we raised the question of whether a person of questionable motives can say something profound about the heart of our God.

Like the wise woman of Tekoa, the high priest who presided over the condemnation of Jesus also shows us that the goodness of our God can show up in some of the darkest times and places  (John 11:49-52).

The context in which Caiaphas says far more than he knows is important. Fellow religious leaders were torn between acknowledging the miraculous signs Jesus was doing and what would happen to their national religion and security if they didn’t stop him. Responding to their worries, the spiritual leader of Israel confidently says, “You know nothing at all! 50 You do not realize that it is better for you that one man dies for the people than that the whole nation perish.” John then adds, “He did not say this on his own, but as high priest that year he prophesied that Jesus would die for the Jewish nation, 52 and not only for that nation but also for the scattered children of God, to bring them together and make them one. 53 So from that day on they plotted to take his life”.

While it is clear that the high priest was making a case for killing Jesus, John uses a teachable moment to assure us that the Spirit of God can give us a hint of the great, self-sacrificing heart of God that shines a light on our shriveled, self-protective thoughts about personal, family, national, and spiritual security.

« Previous: A Wise Woman from Tekoa Next: Defining Moments »
Vote on whether you think this post is something you'll be thinking about: