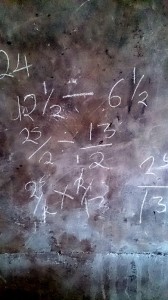 “With what shall I come before the Lord and bow down before the exalted God?

Shall I come before him with burnt offerings, with calves a year old?
Will the Lord be pleased with thousands of rams, with ten thousand rivers of olive oil? Shall I offer my firstborn for my transgression, the fruit of my body for the sin of my soul?

He has shown you, O mortal, what is good. And what does the Lord require of you?

To act justly and to love mercy and to walk humbly with your God.” (Micah, 8th Century BC)..

The prophet’s short answer has me wondering how many of us are familiar with the short insight videos of The Bible Project?

I’m finding them to be treasures of insight— not only for a younger generation— but also for those of us who have been reading our Bibles for a long time.

For example, I wish everyone could see what they have done on the subject of Justice. It’s a visually compelling 6 minute video that is part of their foundational  Character of God series.

Seems to me that what the crowdfunded Bible Project team has done in these short videos (i.e. 6-7 minutes) helps to explain Micah’s answer to a troubled and divided chosen people who, as the sixth chapter of Micah goes on to warn, would not listen.

« Previous: Us and Them Next: The Vision of Aquinas »
Vote on whether you think this post is something you'll be thinking about: