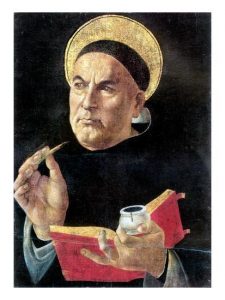 AW Tozer (1897-1963) famously claimed in The Knowledge of the Holy that “What comes into our minds when we think about God is the most important thing about us.”

While recently reviewing the book to see if I could find more context for the quote, I was reminded of how the Apostle Paul described his first visit to Corinth. Deeply concerned about what had happened to his readers since then, he recalls how determined he had been to ground them in one thought. He writes, “I resolved to know nothing while I was with you except Jesus Christ and him crucified. (1Cor 2:2-5).

No wonder Paul also remembers the “fear and trembling” he experienced in those early days. Imagine trying to convince members of the local synagogue to read their Scriptures in a way that would enable them to see their long-awaited Savior and King— in the hands of Roman executioners.

Imagine the fear and trembling we too might have felt if, like Paul, we had come to believe that the way we had read our Scriptures had made us part of the problem Jesus exposed. What if, like Paul, we had come to see that we were not better than our enemies, but worse? What if it was our own group that had unwittingly ruined the reputation of our God?

Wasn’t that Paul’s story? If so, could it be part of the reason he recalled in his letter that— at the heart of all that now needed to be said—was the painful admission of persons who thought they had been defending the law, faith, and nation of their God— while being carried along by all of the partisan thoughts that crowded into their minds when they thought of Him?

« Previous: Silent Films, Transcripts, and Talkies Next: The Humility of God »
Vote on whether you think this post is something you'll be thinking about: