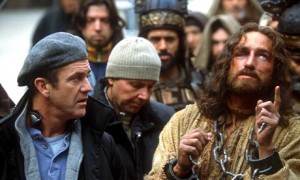 With the passing of someone we love, our minds go to questions of what lies beyond the curtain.

And as we honor and remember those who have preceded us in death, I’m guessing that many of us will also admit that we love God to the extent that we believe he loves us— and those who are no longer with us.

But what happens when someone we treasure passes before being caught up in the wonder of how much he loves them too?

This, I think, is another reason for recalling that, in the unfolding drama of Holy Week, we walk in the ways and needs of people who didn’t yet know or recognize the everlasting-beyond-the-grave-goodness of their God. It’s about people who unwittingly wanted to kill him to protect themselves… without understanding that he was letting them have their way with him— so he could show how much the Father loved them, and us.

Thankfully, we remember the Resurrected One—who was making atonement for them, even as he prayed, “Father forgive them, they don’t know what they are doing.”

Note: the WordPress hosting website seems to be giving some of us problems signing in. Hoping the problem clears up soon.

« Previous: Personal Update Next: Yes but… Yes… »
Vote on whether you think this post is something you'll be thinking about: