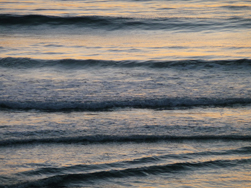 In their Aramaic form, the following lines reflect word pictures of the love of God as chanted in Jewish synagogues on the first day of Shavuot (Pentecost), before the reading of Torah.

Could we with ink the ocean fill,
And were the heavens of parchment made,
Were every stalk on earth a quill
And every man a scribe by trade,
To write the love of God above
Would drain the ocean dry,
Nor could the scroll contain the whole
Though stretched from sky to sky.

Although penned in 1050 AD by a Jewish poet, these words were found more recently scrawled in pencil on the wall of an insane asylum by an unknown inmate. In 1917 Fredrick Lehman incorporated them into the third verse of his hymn, The Love of God.

The lingering mystery to me now is that I recently found myself captured by the wonder of these lyrics while listening to this hymn on a CD by Damaris Carbaugh—along with my wife as she slowly succumbed to the horrors of brain disease.

No stranger to the realism of what you and I experience, Paul believed we are living in something greater than the ocean and more wonderful than the cosmos. His prayers for others were penned with the confidence that the Spirit of Pentecost who raised Jesus from his Passover death can assure us that the endless breadth and depth of such an ocean, and such an all-powerful, all-knowing, ever- loving Father, is more than wishful thinking and poetic license.

Acutely aware that the sufferings of life as we know it can blind us to a greater hope and realism, he wrote,

“For this reason, I kneel before the Father, from whom every family in heaven and on earth derives its name. I pray that out of his glorious riches he may strengthen you with power through his Spirit in your inner being, so that Christ may dwell in your hearts through faith. And I pray that you, being rooted and established in love, may have power, together with all the Lord’s holy people, to grasp how wide and long and high and deep is the love of Christ, 19 and to know this love that surpasses knowledge—that you may be filled to the measure of all the fullness of God.

Now to him who is able to do immeasurably more than all we ask or imagine, according to his power that is at work within us, 21 to him be glory in the church and in Christ Jesus throughout all generations, forever and ever! Amen.
Ephesians 3:14-21 (NIV)

« Previous: Birthed from Above Next: The LORD Bless You… »
Vote on whether you think this post is something you'll be thinking about: