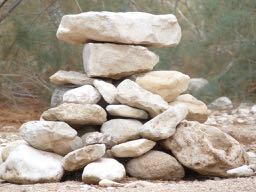 “Destroy this temple, and I will raise it again in three days.”

Temple leaders wanted to know by what authority Jesus had turned over the tables of the moneychangers. It was then that he made his veiled comment about rebuilding this temple in three days— a comment that even his disciples didn’t get until after he had risen from the dead. (John 2:13-21)

Why did Jesus conflate the two?  I’m guessing it was because both had a lot to do with the heart of His Father.

The nationalistic version of Israel’s Jerusalem Temple had become a symbol of pride and economic gain for the religious upper class that was controlling it. To this day those Temple managers aren’t remembered for caring much about a world of internationals, or even their own poor.

Those who were upset with Jesus had learned how to use their Temple-centered god into a profitable economic engine. Their vested interests must have had a lot to do with why they didn’t recognize the far greater Temple who was making himself inconvenient—on his way to offering a life-changing vision of a God who would soon sacrifice himself to make atonement not only for their sin— but for the sin of the world—

…and to give us reason to love such a God and those who don’t love us—by slowly overwhelming us with how much he loves us and those we love… and don’t.

One of Jesus’ closest friends later wrote, “perfect love casts out fear.” What was John thinking? He tells us (1John 4:13-21). It’s not only a what but a  Who— Who when known helps us to understand why he says over and over to all kinds of people, “Don’t be afraid”. Why? Is it because he’s urging us not to be afraid of our own inclinations, or sin, or bad actors, or devils? Isn’t he instead urging us to overcome all of those fears by loving and living in the light of his smiling face and open arms!

I’m thinking that’s what must have been in view when Moses taught the priests of Israel to pray a strangely inclusive and generous blessing over a nation that couldn’t keep its promises?

“The LORD bless you and keep you; the LORD make his face shine on you and be gracious to you; the LORD turn his face toward you and give you peace.” Numbers 6:24-26 (NIV)

« Previous: Could we With Ink the Ocean Fill… Next: In a Divided World »
Vote on whether you think this post is something you'll be thinking about: